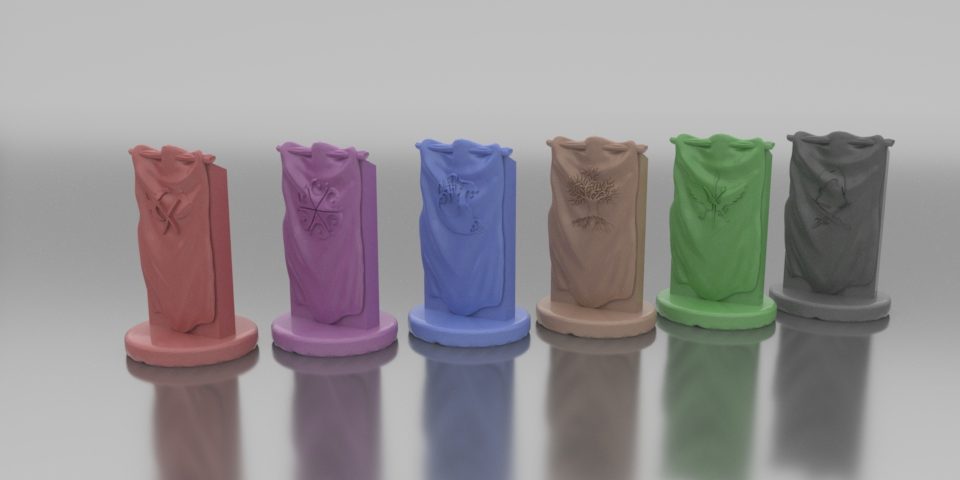 Welcome in a new Development Diary post of the adventure game – The Descendants of Volos!

If you haven’t read the previous posts yet, here they are:

Today we’ll talk about the minis.

After many debates, considering all cons and pros, we’ve finally decided on what the player minis are going to look like. Our main point was to make sure that the cost of the core game stays as low as possible. And with so many characters in the game it was nearly impossible. At the beginning we wanted to make 1 mini per character, and attachable faction flag for quicker finding your character on the map. But then there was a problem of how to design such a mini? After all, the main point of the game is that you can develop your character in any way you want. So we can’t assume that your bard is wearing a heavy armor, a light armor or a robe. To maintain the immersion, we’d have to make 3 versions of each character, and that would be 18 x 3 = 54 minis! Quite insane! And that would be only the player characters.

So we’ve decided to go with a very simple solution: 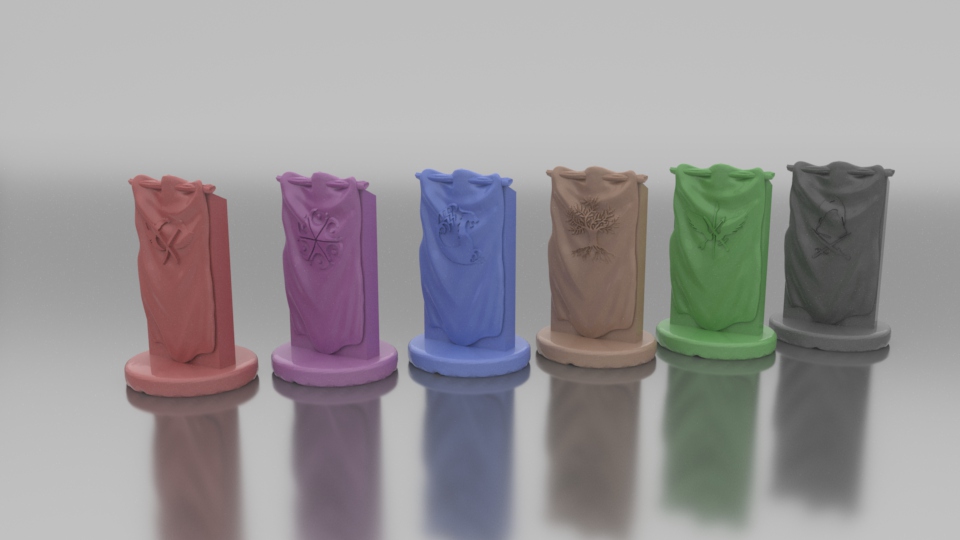 There will be 5 minis (one for each faction +1 in the expansion). Each one will be made of different color plastic that corresponds to the faction flag. Obviously you can paint them later for more details, but in the core box there will be 5 colored holders. 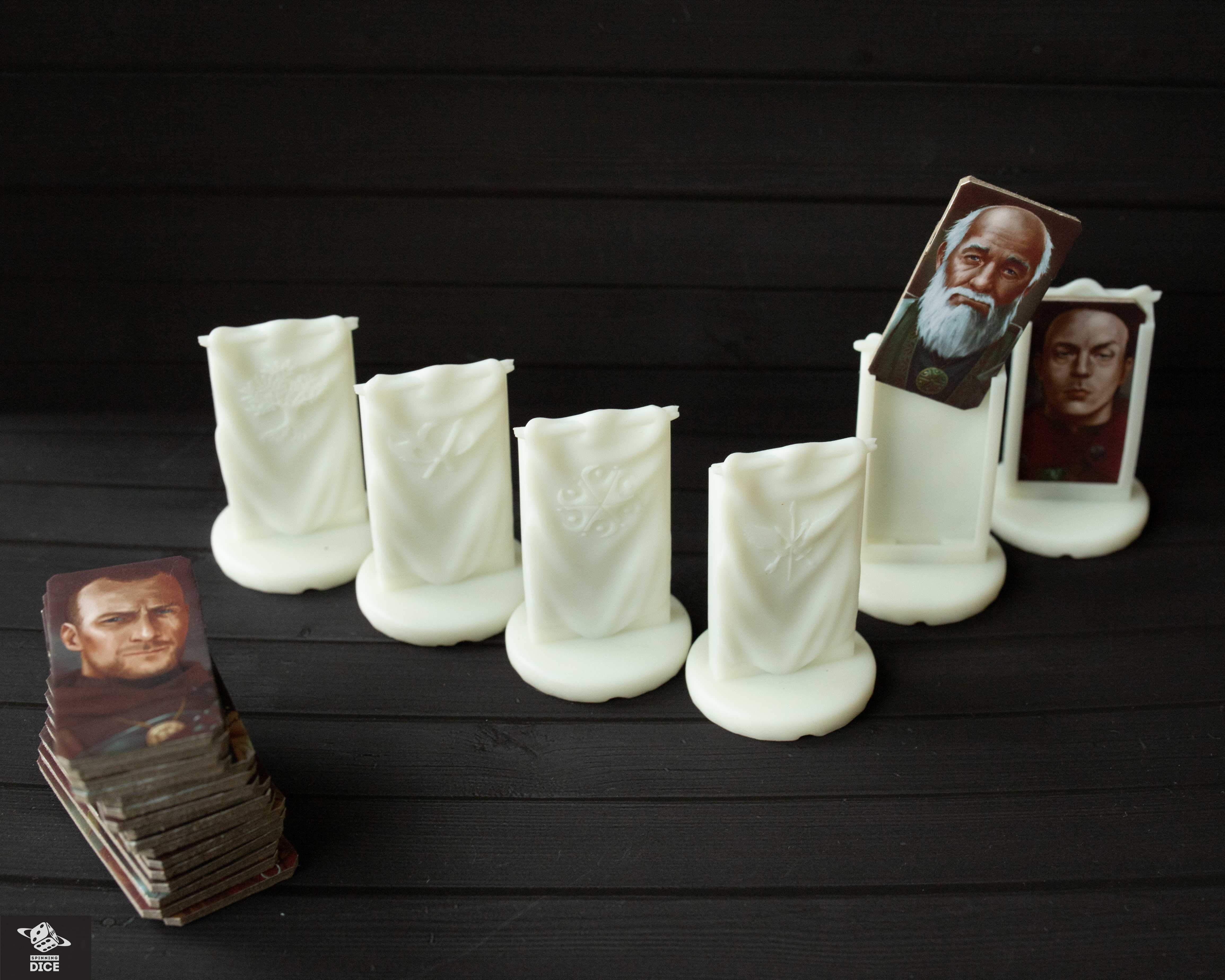 Real photo of 3D-printed holder prototypes (as for now, only in one color).

Then each character portrait will be inserted into that holder like this:

Before you say – “Hey, but I want lots of awesome minis!” – Relax! There will be 7 minis for minions:

However to keep the price of the core box as low as possible, those minis will be available to buy separately.
Unfortunately we don’t have ready models for them yet. We’ll be designing them soon.

But that’s not all. There will be also minis of teleportation devices called runestones (which we’ve already mentioned some time ago on the social media): 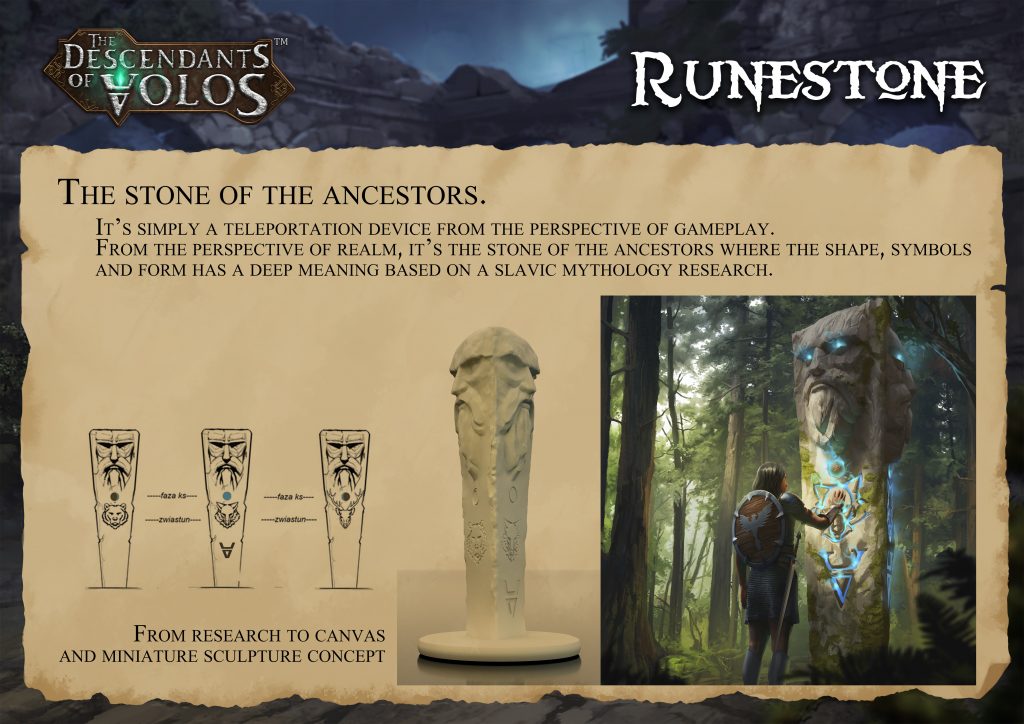 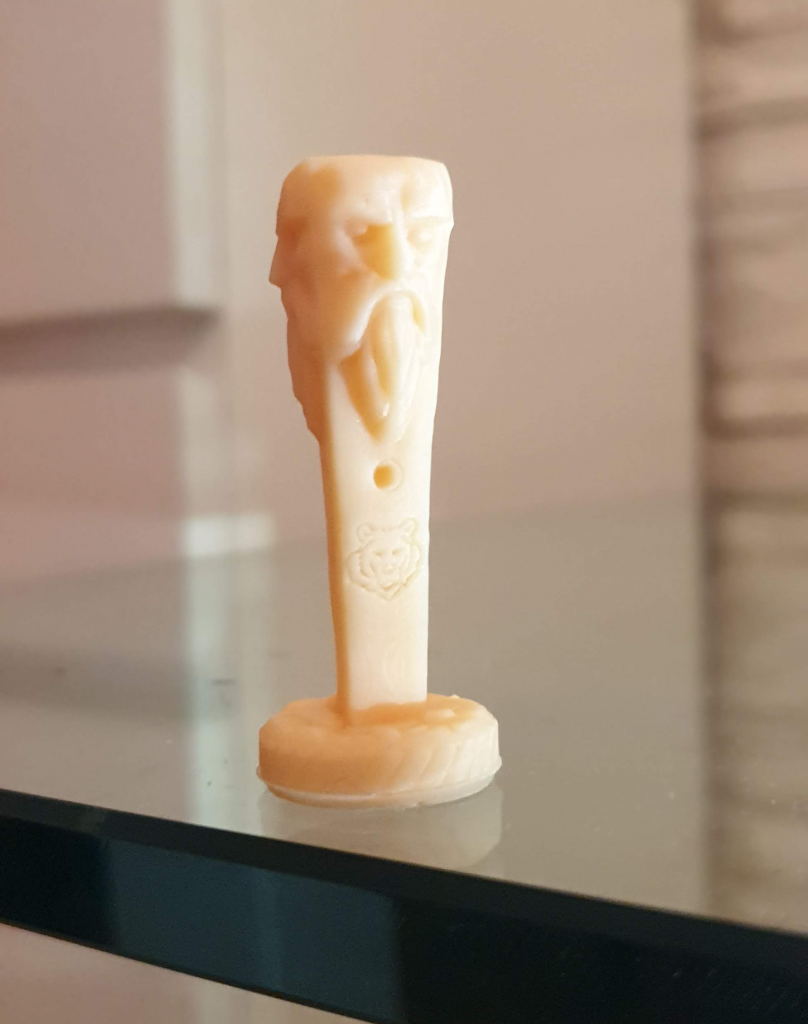 You can read a bit about those runestones in an earlier development diary post.

That’s it in today’s very short post. Thanks for reading, and see you soon. 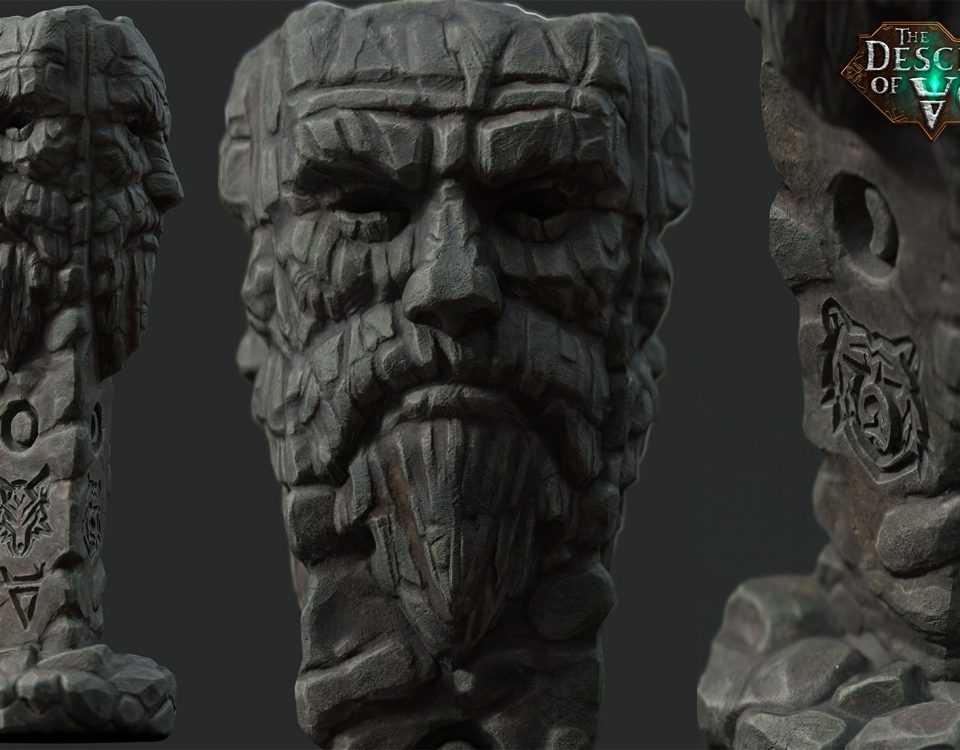